Dedicated to families since day one.

Since the first Ford and Young Funeral Home opened in 1949, we have approached life—and death—differently. We see every funeral service as a time for reflection, appreciation, and celebration. We offer families more than a burial ground—we offer them an extraordinary and passionate team of funeral professionals who are dedicated to honoring, sharing, and preserving the memory of their loved ones.

In 1953, Walter J. Ford, Walter H.’s son, bought out the Young family interests and the name changed to Ford and Sons Funeral Home.

Four years later, in 1957, Walter J. Ford and his wife Iris took over as acting managers of the funeral home and also opened a branch in Benton, Missouri.

In 1980 Cliff Ford joined his parents in the family business to be followed in 1983 by his brother Kevin.

In order to better serve the community, many additions have been made to the Sprigg Street location over the years. In 1986 Ford and Sons purchased the Cape County Memorial Park Cemetery.

In 1988 purchased Walther's and Brinkopf-Howell Funeral Homes in Cape Girardeau. Shortly after the purchase, the firm was merged into the Ford and Sons corporation.

Kevin's son, Josh joined the staff in 2009 and currently serves as Vice President and oversees daily operations at all four locations.

After 30 years of dedicated service Cliff retired in 2010 and now resides with his family in Mississippi.

In March of 2015 Cracraft-Miller Funeral Home in Jackson, Missouri was purchased and renamed, Ford & Sons Funeral Home- Jackson. We are excited about serving the needs of the Jackson community.

In May of 2019, Young and Sons Funeral Home in Perryville and Altenburg was purchased and renamed Ford & Young

Funeral Home. We are excited about serving the needs of the Perry county community.

Meet our staff. Members of the local community make everything that happens possible.
Together, we make this place amazing. 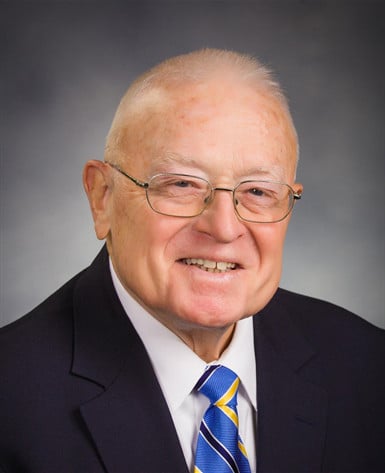 Walter "Doc" Ford began his career in July of 1957 along with his wife Iris who was Secretary/Treasurer and licensed Funeral Director of the firm for over 50 years. He currently is a member of the Elk's Lodge, Masonic Lodge, Moolah Shrine and the Eagle's Lodge. Lifetime active member of Centenary United Methodist Church.
He has been active in many other boards in the community. 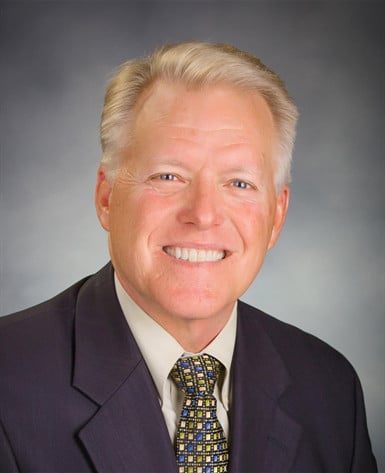 Kevin was a 1979 graduate of Cape Central High School. He then graduated from Louisiana Tech.
He and his wife Cindy have two children, Josh (Julianna) and Kristen (Brad LaBruyere). He has three grandsons, Montgomery, Fisher and Hampton and one granddaughter, Engram. He is a member of Centenary United Methodist Church in Cape and is on the board of SoutheastHEALTH. Kevin is an avid golfer and enjoys spending time with his grandsons. 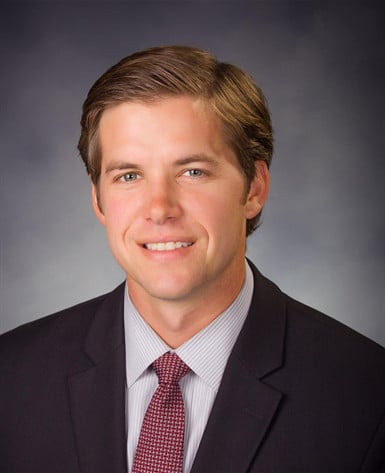 Josh was a 2003 graduate of Cape Central High School and 2008 graduate of Arkansas State University with a degree in Business Management. While at ASU he was a member of the Red Wolves baseball team. A lifelong member of Centenary United Methodist Church, Josh serves as an Ambassador Board Member for Southeast Health, and is a member of St. Marks Masonic Lodge and the Lions Club of Cape Girardeau. He and his wife, Julianna, reside in Cape Girardeau with their sons, Montgomery and Fisher and daughter, Engram. 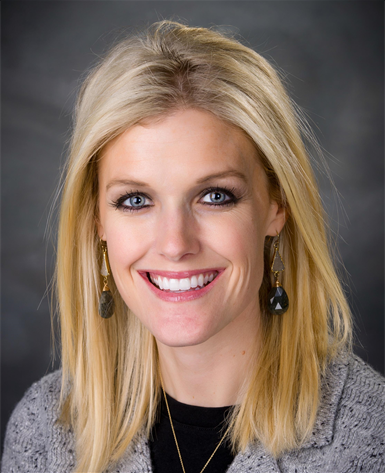 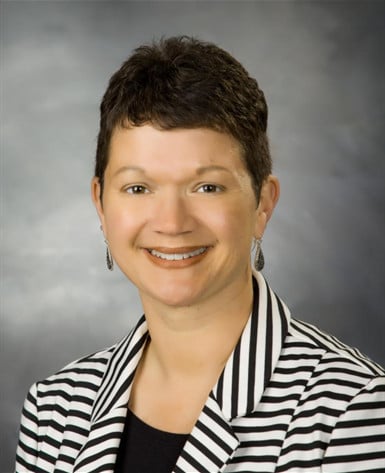 Dana was raised in central Indiana and attended Ivy Tech where she earned her Mortuary Science degree in 2010. While in Indiana she had worked in the funeral industry for 7 years. She joined the Ford & Sons staff in 2011. She is a member and past president of the Jackson Rotary Club and attends LaCroix Church in Cape Girardeau.
She and her husband Deius live in Jackson, have a daughter Marlee and son, Jaylen.
Dana enjoys any activity outdoors and spending as much time with her family as she can. 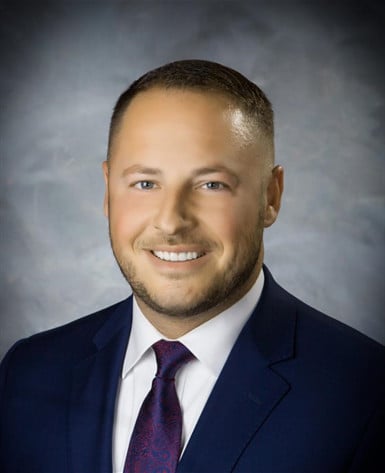 Josh graduated from Jackson High School in Jackson, MO, then attended John A. Gupton College of Mortuary Science in Nashville. Josh is now a Missouri Licensed Funeral Director, Preneed Agent, and Crematory Operator. He lives in Cape Girardeau with his wife and three children. Josh is a third generation Funeral Director serving the surrounding Southeast Missouri Area. He finds great fulfillment in helping families during their times in need. Josh feels this service is a God-given gift and is humbled to help his community in this way. In his free time, Josh enjoys being with his family and serving those who put their trust in him. 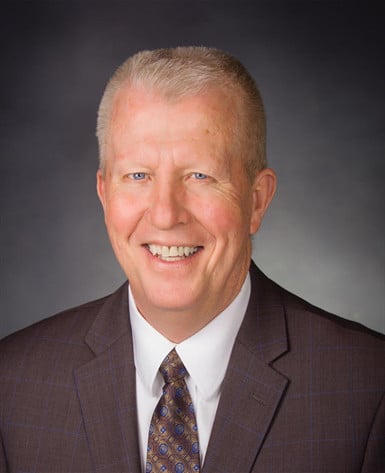 Joe was a graduate of Jackson High School in 1969 and graduate of Kentucky School of Mortuary Science in 1972. He has been in the funeral industry since 1970. He was married to the late Janet M. (Steeg) Lowes of Jackson, MO for 42 years. They have 2 children, 4 grandchildren, 5 great-grandchildren and one on the way. Member of Hanover Lutheran Church. Hobbies include, sports, horses, dogs and walking. 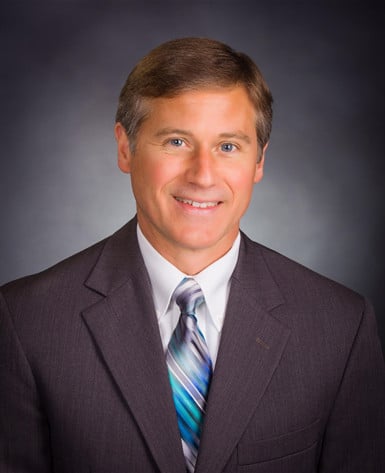 Alan has been a Funeral Director with Ford and Sons since 1988. He is married to Denise and they have 5 children. He is active at St. Vincent DePaul Catholic Church in Cape Girardeau. Graduate of Notre Dame High School in 1978, Southest Missouri State University in 1982. 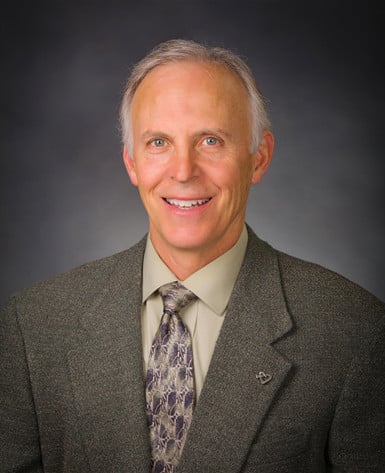 Rick came to Cape Girardeau in 1974 and graduated from Southeast Missouri State University. Rick and his wife Judy spend most of their spare time with their children’s athletic events. They attend Trinity Lutheran Church in Cape.
Rick joined Ford & Sons Funeral Home in 1997 and believes in helping families in the community during their time of need. 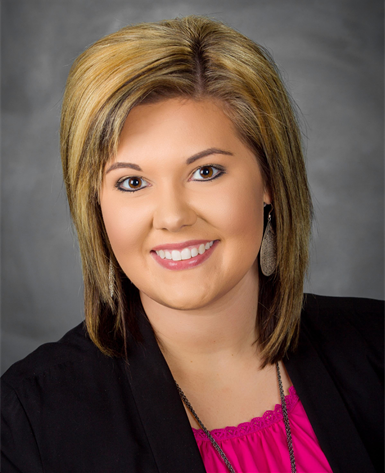 Saylor graduated from Jackson Senior High School in 2011 and Southeast Missouri State University in 2015. Saylor is a lifelong member of LaCroix Church in Cape Girardeau, where she also volunteers her time in the children’s ministry. Saylor enjoys spending time with her friends and family, traveling and being outdoors. She lives in Cape Girardeau with her daughter, Laney and son, Bo. 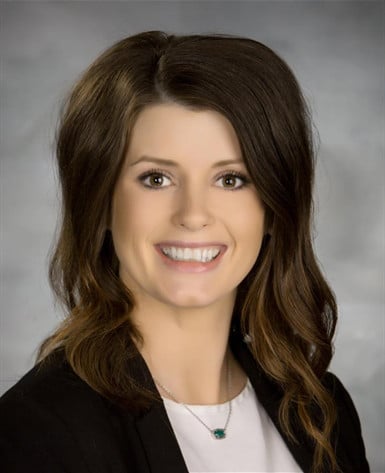 Tiffany graduated from Jackson Senior High School in 2010 and went on to Southeast Missouri State University majoring in Business Administration. She lives in Jackson with her husband Rob, son Hogan and daughter, Marielle. She is ordained through Universal Life Church and a member of LaCroix Church. She values family, friendship and helping others above all else. In her free time, you can find her with loved ones, being active and enjoying the outdoors. 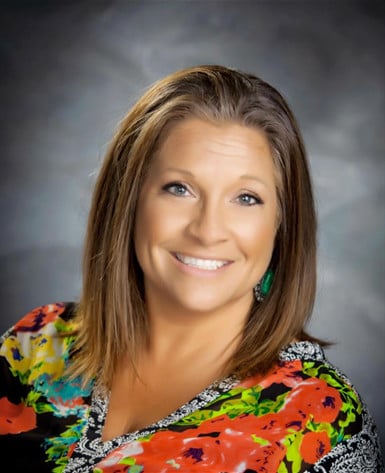 
Jessica was born and raised in Southeast Missouri. She and her husband Brendon live in Jackson, where they raised their children, Dylan and Alyssa. She, along with her family, are members of The Bridge Church in Cape Girardeau. 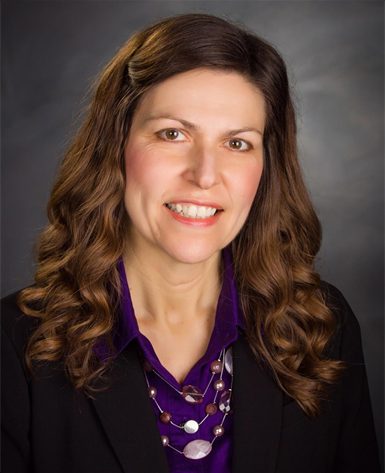 Florence is a graduate of Notre Dame High School, earned a Bachelor of Science in Mass Communication and Journalism from Southeast Missouri State University and a Master of Arts, Pastoral Theology from St. Mary of the Woods College, St. Mary of the Woods, Indiana. She is a licensed pre-need agent, advising families in pre-arranging their own funeral or the funeral of a loved one, which helps relieve the burden for those left behind. She works with families after a funeral is complete, obtaining death certificates, designing cemetery markers or monuments and offering assistance as needed. 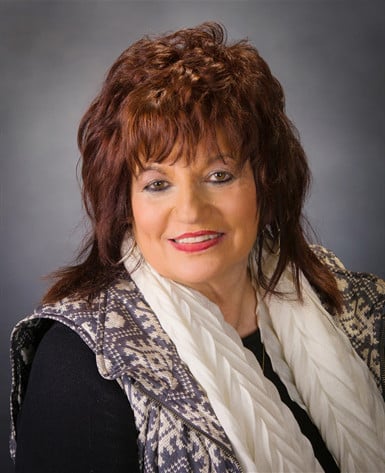 Often the first person you see, Mary (Lappe) Emmenderfer, a Cape native formerly married to Gary Emmenderfer until his untimely death in 1994.
She is a lifelong member of St. Mary's Cathedral having served in many capacities including the school board. Mary's primary interests are her large family and cooking. 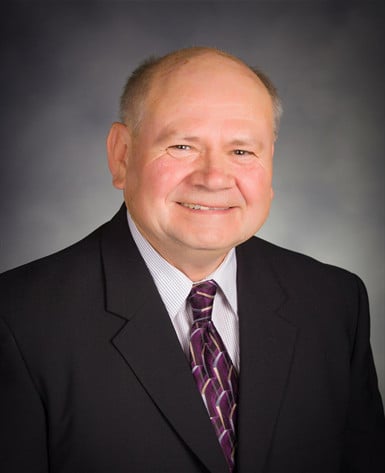 Terrell was born and raised in Cape Girardeau, Missouri and a graduate of Cape Central High School. He is married to Jane (Ponder) Weaver. Together they have a blended family of four children and four grandchildren. Terrell is a member of St. Vincent DePaul Parish in Perryville.
He enjoys spending time with family and friends. His hobbies include flower gardening, landscaping, traveling, and cemetery repair projects. 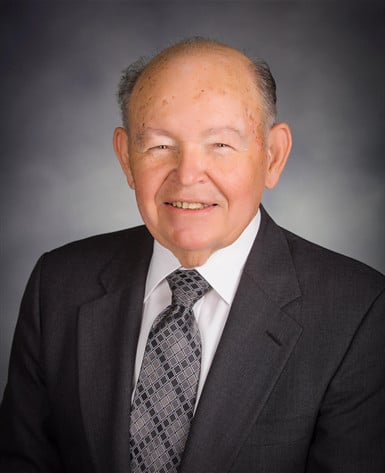 Bob has lived in Cape Girardeau since 1959. He was owner and operator of The Meat Shop.
He began working at Ford and Sons in 2006.
Bob enjoys greeting everyone with a smile and is passionate about serving others. 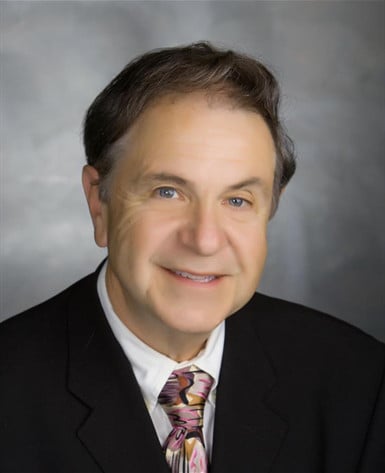 Mark graduated from Meadow Heights High School. He finished his undergraduate degree in Education at Illinois State University.
He received his Masters and Specialist degrees from Southeast Missouri State and retired after 32 years in education. He and his wife, Lana, have two sons, Casey (Sarah) and Noland (Rachel) and three beautiful granddaughters. He is a member of Crossroads Church. He enjoys spending time with family, traveling, playing music, and reading. 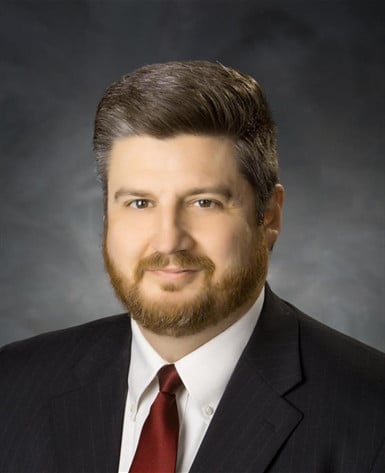 Jim was raised in southern Indiana and attended Oakland City University where he earned his Bachelor of Arts in Religious Studies (1992) and his Masters of Divinity (1996). While in Indiana he worked as a General Baptist pastor as well as a Business Analyst for a regional bank and an international plastics company. Jim moved to southeast Missouri in 2013 and joined the Ford & Sons staff in 2019.

He and his wife Candace have two children, Jessica and Landon. Jim enjoys reading, working with Boy Scout troop 210, and spending time with his family. 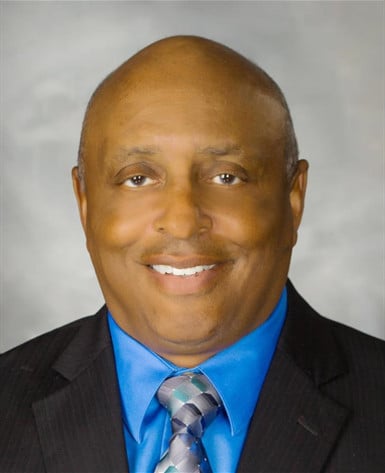 Steve was born and raised in Cape Girardeau where he attended Cape Public Schools. He is a veteran of the United States Navy. Upon his return to Cape he attended Southeast Missouri State University. Steve was employed by Proctor and Gamble for twenty-five years. He is a long standing member of St. James A.M.E. Church. He and his wife Yvonne have two children and two beautiful grandchildren. Steve enjoys spending time with his family and friends, helping others and fishing. 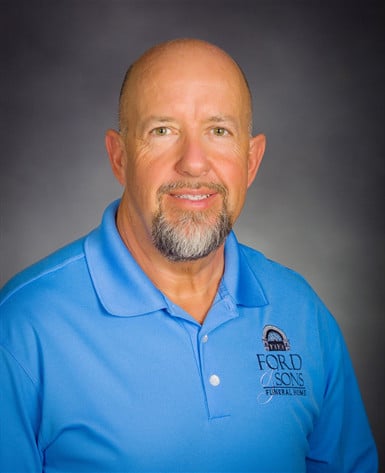 Clark was born and raised in Missouri. He graduated from Illmo-Scott City High School in 1978. He has lived in Cape Girardeau since 1979.
Clark is married to Vicki who is Director of Nursing at Doctors Park Surgery. They have four sons and 12 grandchildren.
They enjoy spending time with family, going to the gym and participating in various 5K events.
Clark has been employed at Cape County Memorial Park Cemetery since 1981. 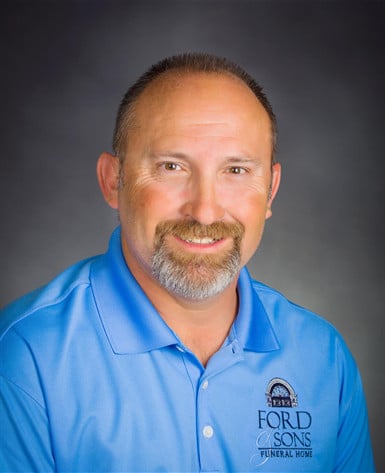 Richard was born in Cape Girardeau and has lived in Jackson his whole life.
Richard enjoys spending time with family and friends but especially riding his Harley Davidson motorcycle. 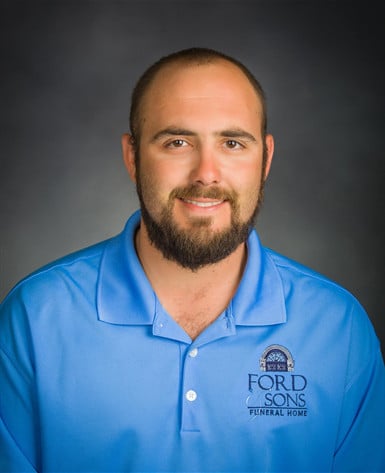 Matthew was born and raised in Cape Girardeau. He attended Cape Public Schools and graduated from Cape Central in 2003. Matt joined the Marine Corp from 2003-2006. He then returned to the area to work alongside his dad at Cape County Memorial Park Cemetery. Matt has four children, Makenzie, Austen, Jorden and Kiyla. He enjoyes spending time with family and riding motorcycles. 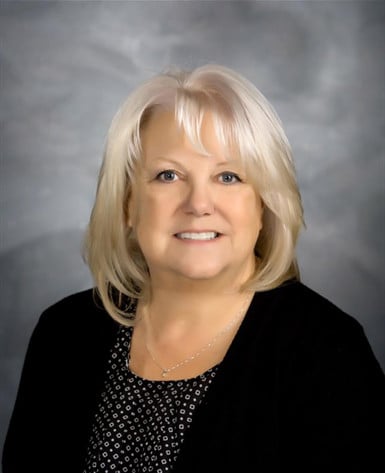 Ruby serves as an administrative assistant at both the funeral home and cemetery, Cape County Memorial Park. She has worked in the office part-time for 10 years and developed an electronic database for the records. Ruby brings years of customer service experience to her new position. She has managed her own hair stylist shop, and also is a stylist at the funeral home. Ruby is a life-long resident of the Cape Girardeau/Jackson area and currently resides in the Fruitland area with her husband, Joe. She has two sons and four beautiful grandchildren.

Find everything you need.

See where we are and find the place that best meet your needs.