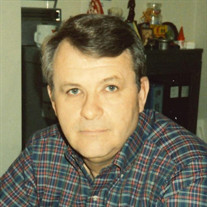 William Eugene “Bill” Busch, 82, of Cape Girardeau passed away Sunday, Feb. 7, 2021, at Southeast Hospital. He was born Oct. 13, 1938, in Cape Girardeau to the late Raymond William and Dorothy Froemsdorf Busch. He was raised on the family dairy farm in Cape Girardeau County. He attended Kage School and graduated from College High in 1956. Bill and Cecile Fitzpatrick were married Aug. 25, 1963, at Christ Evangelical Church in Cape Girardeau. After his service in the U.S. Army, he worked for the Soil Conservation Service and later as district project manager for the U.S. Army Corps of Engineers. Some of his projects were the Southeast Missouri Port Authority, the Cape LaCroix Drainage Project, numerous construction projects at Lake Wappapello and other Mississippi River contracts from St. Louis to Cairo, Illinois. He retired from the Corps in 1995. His hobby and passion were showing dogs all around the country. He was a professional show dog handler and beagle breeder, producing over 100 champions and several Best in Show winners. The pinnacle of his career was winning the Non-Sporting Group at the Westminster Kennel Club Dog Show. He was a member of the National Beagle Club, a charter member of the Southeast Missouri Beagle Club and longtime show chairman of the Southeast Missouri Kennel Club. He and his wife Cecile also owned and operated Busch’s Kennel for many years. Survivors include his wife, Cecile of Cape Girardeau; daughter, Stacy Busch-Heisserer and husband, Chris Heisserer of Cape Girardeau; grandson, Brayden Heisserer; sister, Ruth (Don) Harper of Cape Girardeau; two cousins, two nephews and one niece. He was preceded in death by his parents. At his request no services will be held. Memorial donations may be given to the Southeast Missouri Food Bank, 600 State Highway H, P.O. Box 190, Sikeston, MO 63801.

The family of William Eugene "Bill" Busch created this Life Tributes page to make it easy to share your memories.

Send flowers to the Busch family.