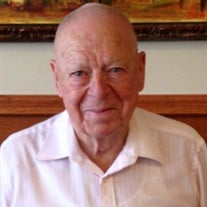 Wilbert Edwin Sides 91, of Cape Girardeau, MO. passed away on November 28, 2021. He was the son of the late Wilbert and Lydia Funk Sides. Wilbert and Gloria Benson were united in marriage on September 9, 1950 in Piggott Arkansas and she passed... View Obituary & Service Information

The family of Wilbert Edwin Sides created this Life Tributes page to make it easy to share your memories.

Wilbert Edwin Sides 91, of Cape Girardeau, MO. passed away on...

Send flowers to the Sides family.