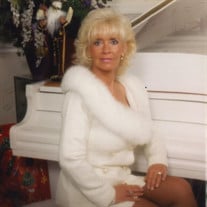 Sandy Sue Donley, passed away from this life on Sunday, August 29, 2021 at Saint Francis Medical Center in Cape Girardeau. She was born December 31, 1947 in Potosi, Missouri, daughter of Charles and Mildred Sparks Mercer. Sandy was born in the foothills of Potosi, Missouri, near Sunnen Lake on a very small family farm. Her father passed away from cancer at the early age of 48, when Sandy was just a year old. For many years after, life for Sandy and her family were of meager means. Years later, after graduating cosmetology school and living in Southeast Missouri, Sandy was a technician and trainer in her craft of hairdressing and sculptured fingernails. She was such a pioneer in the sculptured nail business that she operated the first nail salon between St. Louis and Memphis. Now as a business woman in the community, Sandy chose a new career path into real estate. As a commercial real estate agent, Sandy was a trailblazer in the industry. That led her into investing, managing and developing real estate. Sandy was truly in a league of business women ahead of their time. Sandy was not only the matriarch to her family, she was a spiritual mentor, confidante, friend, mother, mama, grandmother and great-grandmother to so many. Sandy lived her life for her Lord and Savior, her family, and so many others that she touched and helped along her journey in life. So many are heart broken by her passing, but please join us in rejoicing in the fact that she is in the presence of God. Survivors include her husband, David Donley of Cape Girardeau; a son, Chris (Bridgett) Wheeler of Cape Girardeau; a daughter, Tammy "TK" (Laura Pridemore) Silvey of Cape Girardeau; two brothers, Merl (Dori) Mercer of Steeleville, Missouri and Wayne Mercer of Jackson, Missouri; Five grandchildren, Austin Dale Wheeler, Derek Michael Wheeler, Colton Alexander Wheeler, Michael Pridemore and Amos Pridemore; two great-grandchildren, Payton and Gabriel Pridemore. She was preceded in death by her parents; three brothers; three sisters; and a daughter, Molly Tranum. Visitation will be 10:00 am to 1:00 pm on Friday, September 3, 2021 at Cape First Church in Cape Girardeau. Funeral service will follow at 1:00 pm Friday at the church with the Rev. Gary Brothers officiating. Entombment will be at Cape County Memorial Park Mausoleum in Cape Girardeau. Memorial contributions may be given to Cape First Church, 254 S. Silver Springs Rd., Cape Girardeau, MO 63703. Ford & Sons Funeral Home in Cape Girardeau is in charge of arrangements. Online condolences may be made at www.fordandsonsfuneralhome.com.

Sandy Sue Donley, passed away from this life on Sunday, August 29, 2021 at Saint Francis Medical Center in Cape Girardeau. She was born December 31, 1947 in Potosi, Missouri, daughter of Charles and Mildred Sparks Mercer. Sandy was born in... View Obituary & Service Information

The family of Sandy Sue Donley created this Life Tributes page to make it easy to share your memories.

Sandy Sue Donley, passed away from this life on Sunday, August...

Send flowers to the Donley family.