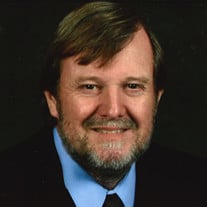 Robert "Bob" Wayne Adams, 72, of Jackson, Missouri passed away on Sunday, January 31, 2021 at home surrounded by his beloved family. Bob was born June 14, 1948 in Cape Girardeau to Leonard Miles Adams and Anna Elizabeth Eftink Adams. He was united in marriage to Pamela Sue Blankenship on August 2, 1974 and they enjoyed 47 years raising their three children and later spoiling their grandchildren. Bob was a graduate of Jackson High School and later served in the National Guard for six years. Raised on a dairy farm outside of Gordonville, Missouri , Bob was a dedicated farmer throughout his life. Bob had a passion for fast cars and could often be found at the drag races on the weekend. He was a devout member of Immaculate Conception Catholic Church. He shared his loved of God and the Bible's simple teachings to both his children and his grandchildren. Bob was also a member of the American Legion and Knights of Columbus. Bob is survived by his wife, Pamela of Jackson; his children, Kim (Grant Raffety) Adams, Zach (Stacey) Adams and Dustin (Katie) Adams; his grandchildren, Mason, Chase, Brayden, Jude, Charolette and Jonah Adams; two brothers, Gerald (Nancy) Adams and Rick (Martha) Adams; two sisters, Gayle (Mike) Unverferth and Jean Adams; and numerous nephews, nieces and cousins. He was preceded in death by his parents. Visitation will be 10:00 am to 1:00 pm Friday, February 5, 2021 at Ford and Sons Funeral Home in Jackson Rosary will begin at 1:00 pm Friday followed by the funeral service at the funeral home in Jackson with the Rev. Randolph Tochtrop officiating. Burial will be at Russell Heights Cemetery in Jackson, with full military honors. Memorial contributions may be given to Immaculate Conception Catholic Church, 300 S. Hope St., Jackson, MO 63755. Online condolences may be made at www.fordandsonsfuneralhome.com. Ford and Sons Funeral Home - Jackson is in charge of arrangements.

The family of Robert "Bob" Wayne Adams created this Life Tributes page to make it easy to share your memories.

Send flowers to the Adams family.