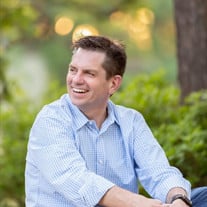 Rex Dearmont Rust, a prominent Cape Girardeau businessman and a much beloved member of one of Missouri's most distinguished families, died Thursday, Jan. 6, the age of 52 in Houston, Texas. Rex was born into a large family on Sept. 12, 1969,... View Obituary & Service Information

The family of Rex Dearmont Rust created this Life Tributes page to make it easy to share your memories.