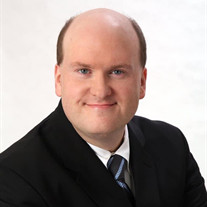 Like his radio heros Rush Limbaugh and Howard Stern, Scott Crowder had the gift of gab with that golden voice, that listeners in many cities came to know and love. Now that wonderful voice has gone silent, but will live on forever in the memories of all the people he touched in a career that spanned nearly 30 years in broadcasting. Colleagues described him as one of the most colorful and entertaining news personalities on the air today "who could create a newscast that would leave you hanging on every word and then ask 'is that all?' when he signed off. Scott officially signed off at age 54 on September 17, 2020 in Houston. He had been the midday news anchor at KTRH since 2008. Michael "Scott" Crowder was born on December 30, 1965 in Memphis, Tennessee, and was adopted by his parents, Chalmer and Jane Crowder. He is proceeded in death by his parents. He leaves behind loved ones: Christina Hill, Greg Gilbert, and many friends and colleagues. Scott attended Cape Girardeau Central High School, then he went on to become a broadcast journalism student at Southeast Missouri State University. Scott got his start in radio in Cape Girardeau as a part-time overnight DJ for the local rock station which allowed him to indulge his love for the Beatles and Led Zeppelin, while being able to talk to listeners and take requests, before moving in to his first news anchor/reporter job at KZIM 960 AM. His career took him to stations in Chillicothe and Festus, Missouri, then to Little Rock at KARN and the Arkansas News Network, and KTRS in St. Louis, a town he loved, as news anchor for the Frank O. Pinion Show. He made the jump to Texas and WBAP metro news in Dallas from 2002 to 2008 where he was recognized with a 2005 Katie Award Winner for Excellence in Journalism for best spot news story for his team coverage the Tyler Courthouse shooting. Scott loved all things entertainment from watching television where he was the world's biggest Simpsons fan to his favorite movie, The Godfather, as well as the Internet and video games. Scott knew everything about computers from assembly to learning how to surf the Internet. The love of food was something he enjoyed. He was more adventurous than most when it came to trying new things. Scott was a HUGE NFL football fan until the St. Louis Rams broke his heart when they left St. Louis, but he was learning to love again being a Houston Texans fan and bragging about the great experiences he had when he watched the games from the press box. Let's not forget his beloved St. Louis Blues. Scott was a proud hockey fan, and so excited that the Blues brought home the Stanley Cup, and said this would only happen once during his lifetime. Scott was a genius at the game of chess, having won several high school and college championships to earn the title of Chess Master. Scott was a big time animal lover and was dog dad to Boogaloo, Babiness and Funky. Scott was always there to share his opinions (whether you asked or not) and share a laugh. He was the matter expert on all things but especially on political matters. He will be sorely missed and the air waves will never be the same. Scott was so thankful to be able to go to work every day and be a voice to the public. He truly loved his work families and they loved him back. Scott would not want anyone making a big deal over him, but I know he appreciated all of the love and friendships over the years. No service will be held and instead of flowers, please contact Ford and Sons.

Like his radio heros Rush Limbaugh and Howard Stern, Scott Crowder had the gift of gab with that golden voice, that listeners in many cities came to know and love. Now that wonderful voice has gone silent, but will live on forever in the memories... View Obituary & Service Information

The family of Michael Scott Crowder created this Life Tributes page to make it easy to share your memories.

Send flowers to the Crowder family.