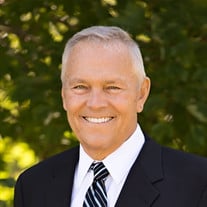 Michael W. Bennett, age 70, went to be with the Lord on October 5, 2020. He was a beloved dentist, friend and devoted family man who will long be remembered for his affable personality and incredible determination. Mike loved life and these... View Obituary & Service Information

The family of Michael W. Bennett created this Life Tributes page to make it easy to share your memories.

Send flowers to the Bennett family.