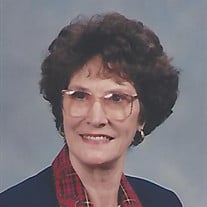 Mary Lee Jamison Pelts, 94, of Cape Girardeau, departed this life on February 14, 2021 at her home with her daughter at her bedside. Mary was born April 29, 1926 in Belleview, MO, daughter to John and Allie Jamison. She married Gevell (Kelly) Pelts in 1949 in Columbia, MO. Mary attended schools in Lesterville and Jefferson City, MO., Washington D.C., and graduated from the Cape Girardeau Business School. She retired from Southeast Missouri State University where she served as Fringe Benefits Manager. After retiring, she operated her own business, Pelts Healthcare for several years. Mary was a member of St. Andrew Lutheran Church. She held offices in the Elderberries Senior group and was a participant in Christ Care. Mary's children were always her top priority and she loved spending time with them and her grandchildren. She was an avid writer and enjoyed conveying her experiences in journals over the years. Mary had a dry wit, which made her entries interesting and amusing. She authored a booklet recalling her experiences as a government girl in Washington D.C. during WWII. In 1995, she traveled to Europe to attend the 50th anniversary celebration of V-E Day, the victory over Nazi Germany. She also visited several sites in Europe where important WWII events had happened. Mary was always interested in learning and was a member of and held offices in the Evening Toastmasters and the Ozark Society. She also enjoyed getting together with her good friends, Anita Dickerson and Gayle Hendrix, to eat out several times a week and to meet at her apartment for dinner and a movie or card game. Survivors include a daughter Regina (Larry) McElroy of Cape Girardeau; three grandchildren, Josh (Misti) McElroy of Dudley, MO., Angela O'Connor of St. Louis, MO., and Sarah Pyeatte of Cape Girardeau, and five great-grandchildren, Madilyn and Keegan McElroy, Mason and Brinleigh O'Connor, and Jamison Pyeatte, and several nieces and nephews. Mary was preceded in death by her parents; her husband; two sons; D. Kelly Pelts and F. Jamison Pelts; three brothers; James Jamison, Melvin Jamison, and John Jamison; five sisters; Mildred Rayfield, Freeda Dennison, Norma Jean Jamison, Maxine Jamison, and Betty Pinkly. Due to the COVID-19 Virus, a private family funeral will be held at St. Andrew Lutheran Church. Burial will be in Immanual Lutheran Cemetery in Perryville, MO. Memorials may be made to St. Andrew Lutheran Church or the Cape Senior Center. The family would like to extend a special thanks to the St. Francis Hospice nurses and aides.

Mary Lee Jamison Pelts, 94, of Cape Girardeau, departed this life on February 14, 2021 at her home with her daughter at her bedside. Mary was born April 29, 1926 in Belleview, MO, daughter to John and Allie Jamison. She married Gevell (Kelly)... View Obituary & Service Information

The family of Mary Lee Pelts created this Life Tributes page to make it easy to share your memories.

Send flowers to the Pelts family.