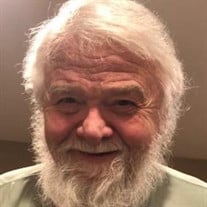 Mark Hartford Crowl, 74, of Jackson, Missouri passed away Saturday, March 26, 2022, at Saint Francis Medical Center. He was born August 11, 1947, in Monterey Park, California to Charles Hartford and Marion Elnora Moran Crowl. He married Kristine Louise Wiar on February 14, 1982, and they spent much of their married life in Kansas City. Their favorite home was at Weatherby Lake, Missouri. Mark enjoyed fishing and delighted palates with his BBQ and smoked meats. He was a great cook as a result of his experience at his family’s restaurant. Mark and his wife enjoyed traveling, and especially liked balcony rooms on ocean cruises. His favorite destination was anywhere in the Caribbean, but Cozumel was also a special vacation spot. He sported a fabulous tan every summer. He had a clever wit that made the world a much better place and we will all miss laughing at his dumb jokes. Mark was a Vietnam War Era veteran and served in the U.S. Army. Survivors include his soul mate, Kristine “Kris” of Jackson; sons Marc Hartford Crowl and Eric Eugene Crowl; sister Linda (Robert) Wynn; sister-in-law, Kim (Robert) Stillman; five grandchildren, Austin Crowl, Vivian Crowl, Tyler Crowl, Everett Crowl, and Annie Crowl; and four nieces, Rebecca Wynn, Rachel (John Sheehan) Wynn, Jennifer (Jeff) Gromada, and Emma Gibbons. He was preceded in death by his parents. According to his wishes cremation will take place and no services will be held.

The family of Mark Hartford Crowl created this Life Tributes page to make it easy to share your memories.

Send flowers to the Crowl family.