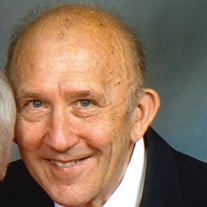 Larry Hamilton was born Nov. 30, 1941 in Kansas City, Mo, the son of Charlene Jean Hamilton. Raised with the help of his extended family, he grew up in Columbus, Kansas, and graduated from Cherokee County Community High School in 1960. Always interested in both the sciences and the social sciences, he earned a bachelor of science in social work in 1965 and master of science in sociology in 1966 from Pittsburg State University in Pittsburg, Kansas. To help pay his way through higher education, he worked in the summers in hotels and lodges in Wisconsin. In 1966, he accepted a teaching position at Southeast Missouri State University where he met and fell in love with Melba Jean Peyton, a student at the university. They married on June 6, 1970 at Trinity Episcopal Church in her home town of St. Charles, Mo. With the exception of one year while completing his doctoral coursework at the University of Missouri-Columbia, Hamilton taught at SEMO full time until 2002 when the university granted him emeritus status. Hamilton's family was his passion. He spent many hours playing backyard badminton, building houses from Lincoln Logs and playing multiple board games with his daughter, Jennifer. He also had a heart for children from less fortunate backgrounds. While at SEMO, he taught a variety of specialized courses including family violence, social problems of childhood, juvenile delinquency, sociology of the child and marriage and the family. He created a child maltreatment class for teachers and Headstart personnel and helped found the university's social work program. A former member of the Pittsburg State University chapter of the Sigma Tau Gamma fraternity, who had many fond memories of his own fraternity days, Hamilton served as the longtime advisor of the Alpha Phi chapter of Sigma Tau Gamma. In 1992, the national organization honored Hamilton with the Professor Grubbs National Academic Advisor of the year, an honor based on student nominations. In retirement, he worked part time teaching classes at Southeast Missouri State and Shawnee Community College and made frequent trips to visit his grandchildren. He and Melba celebrated their 50th anniversary last June with a Zoom party. During his career, Hamilton provided leadership to a number of area organizations, serving on a statewide board for the Missouri Department of Social Services and the divisional board of the Division of Family Services, a local board that determined the custody arrangement of foster children. He helped established the Cape Girardeau Council on Child Abuse and Neglect and served as chair of that board for more than a decade. He also was a founding member of Family Learning Center where he served on the first board of directors. He was a lifelong member of the Episcopal Church. He began as an acolyte at St. Stevens in Columbus, Kansas where he was a regular Sunday morning presence. He continued to feel connected to the church during his time in college and was a long-time member of Christ Episcopal Church in Cape Girardeau where he served diocesan council, Southeast convocation, vestry, various other committees and was a regular member of a centering prayer group. An avid hobbyist, he collected model trains, tropical fish and wildlife books and prints. He had a passion for the environment and was a member of several wildlife advocacy groups. The Fourth of July was his favorite holiday, and every year he enjoyed picnicking and shooting off fireworks with his across-the -street neighbors and good friends the Godfreys. In his free time, he also enjoyed shuffleboard, playing canasta (particularly when partnering with one of his grandchildren), chess, fishing, square dancing and bowling. In his later years, he swam laps at an area pool almost daily. One of his favorite retirement activities was his monthly poker club meeting. He was preceded in death by his mother. Survivors include his wife; a daughter, Jennifer (Jason) Green of North Little Rock, Arkansas; two grandchildren, Max and Claire, also of North Little Rock; an uncle, Eddie (Barbara) Hamilton of Columbus, Kansas; a sister-in-law Carolyn (Gary) Rose of St. Charles Missouri and two adult nephews and their families of whom he was especially proud. A memorial service is planned for June 5th at 2:00 p.m. at Christ Episcopal Church in Cape Girardeau. Interment will be in the church columbarium. Memorials may be made to Christ Episcopal Church, 101 N. Fountain St., Cape Girardeau, Mo. Ford and Sons Funeral Home is in charge of arrangements.

Larry Hamilton was born Nov. 30, 1941 in Kansas City, Mo, the son of Charlene Jean Hamilton. Raised with the help of his extended family, he grew up in Columbus, Kansas, and graduated from Cherokee County Community High School in 1960. Always... View Obituary & Service Information

The family of Larry Ray Hamilton created this Life Tributes page to make it easy to share your memories.

Send flowers to the Hamilton family.