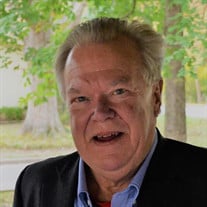 Kevin E. Phillips, 65, of Cape Girardeau, passed away Saturday, March 13, 2021 at St. Francis Medical Center. Kevin was born May 3, 1955 in Cape Girardeau to the late Emil and LaVerne Smith Phillips. He was baptized on June 19, 1955 and confirmed on June 8, 1969 at Hanover Lutheran Church in Cape Girardeau. He and Marsha Ramage Kemner were married October 27, 2018 at Dennis Scivally Park in Cape Girardeau. Kevin graduated from the University of Missouri-Kansas School of Law and was a proficient family law attorney. He was the owner of Kevin E. Phillips Attorney at Law in Cape Girardeau. Kevin was an avid Kansas City Chiefs and St Louis Cardinals fan, and ardent lover of all sports. Kevin is remembered for the passionate way in which he announced local sports teams, including Jackson, Sikeston, Notre Dame, Chaffee, Scott City, and Cape Central high schools. He also broadcasted legendary coach Joe Uhls' Southeast Missouri State University's baseball team in the 1970s and 1980s, as well as Southeast Missouri State University Women's Basketball games. Survivors include his wife, Marsha Kemner, of Cape Girardeau; an aunt, Clara Phillips of Cape Girardeau; a special cousin, Alan Phillips of Jackson, Tennessee; and numerous other cousins, nieces, and nephews. He is also survived by a countless number of friends who will miss his boisterous laugh and the embellishing way in which he shared his stories, and who will cherish a multitude of memories of good times spent together through the years. He will be dearly missed by all who knew him. He was preceded in death by his parents. A private funeral service led by his dear and long-time friend, Joe Rice, will be held. Wayne Nations, Steven Hanschen, Mark Werner, Tim Nieder, Marty Mishow, and Chris Curtis will serve as pallbearers. A public memorial celebration will take place at a later date. Burial will take place at Hanover Lutheran Church Cemetery in Cape Girardeau. In lieu of flowers, memorials may be sent to St. Jude Children’s Research Hospital at 501 St. Jude Place Memphis, TN 38105.

Kevin E. Phillips, 65, of Cape Girardeau, passed away Saturday, March 13, 2021 at St. Francis Medical Center. Kevin was born May 3, 1955 in Cape Girardeau to the late Emil and LaVerne Smith Phillips. He was baptized on June 19, 1955 and confirmed... View Obituary & Service Information

The family of Kevin E. Phillips created this Life Tributes page to make it easy to share your memories.

Send flowers to the Phillips family.