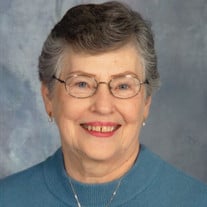 Juanita Louise Carrel Cook went to be with her Lord and Savior, passing away peacefully of natural causes Tuesday, May 17, 2022, at the age of 85. Born Oct. 10, 1936, in Bragg City, Missouri, Juanita was valedictorian of her Malden (Missouri) High School, Class of 1954. She worked tirelessly for many years as a single mother raising her three children, until she met the love of her life, Jack D. Cook. Together, they owned and operated "JJ's Supper Club" in Malden and the "Journeyman" restaurant in Doniphan and Van Buren, Missouri, and Mountain View, Arkansas. They loved "living the good life" in small towns and on the water, as well as traveling across America in their RV. They were very active in their community, winning several service awards, and were both members of the American Legion. After the death of her husband in 2002, Juanita moved to Cape Girardeau to be closer to her sons and their families, where she continued her community service by volunteering at the Missouri Veterans Home and as a member of the American Legion Auxiliary, where she won the state "Woman of the Year" award in 2007. She was also a member of the Modern Woodmen of America, where she won the "Hometown Hero" award in 2007. She was an avid, lifelong quilter, gifting beautiful creations to her family and friends. Juanita was a member of Maple United Methodist Church, where she also served as a volunteer for many of the church's activities. She lived the last years of her life at Saxony Village and the Lutheran Home. Juanita was the daughter of Marion and Norma Carrel of Malden and the third of eight children. She was preceded in death by her husband; parents; two brothers, Vernon and Bill; and two stepchildren, Jackie and Pam. Juanita is survived by five siblings, Mildred Varvel of Cape Girardeau; Betty McNeal of Anchorage, Alaska; Richard Carrel (Regina) of Hewitt, Texas; Joyce Carrel of Jackson; and Pat Whitson (Mike) of Wappapello, Missouri; three children, Steve Stilson (Easy) of Cape Girardeau, Rhonda Stilson of Easley, South Carolina, and Kenneth L. Stilson (Rhonda) of Cape Girardeau; seven stepchildren, Larry Cook of Selma, Oregon; Mitch Cook and David Cook, both of Maple Valley, Washington; Starlene Cook of Colorado Springs, Colorado; Lori Cook King of Naknek, Alaska; Kenny Cook of Hurricane, Utah; and Jennifer Cook of Arvada, Colorado; numerous other sons- and daughters-in-law, and many grandchildren and great-grandchildren. Visitation will be from 2 to 3 p.m. Sunday at Ford and Sons Mount Auburn Funeral Home. Memorial service will follow at 3pm Sunday at the funeral home. Burial will be at the Missouri Veterans Cemetery in Bloomfield. In lieu of flowers, memorial donations may be made to the Jack and Juanita Cook Theatre and Dance Scholarship, c/o Southeast Missouri University Foundation, One University Plaza MS 7300, Cape Girardeau, MO 63701 or by designating the scholarship at semo.edu/give. Ford and Sons Funeral Home is in charge of arrangements.

Juanita Louise Carrel Cook went to be with her Lord and Savior, passing away peacefully of natural causes Tuesday, May 17, 2022, at the age of 85. Born Oct. 10, 1936, in Bragg City, Missouri, Juanita was valedictorian of her Malden (Missouri)... View Obituary & Service Information

The family of Juanita Louise Carrel Cook created this Life Tributes page to make it easy to share your memories.

Juanita Louise Carrel Cook went to be with her Lord and Savior,...

Send flowers to the Cook family.