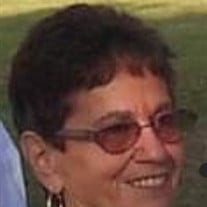 Joyce Mae Higgs passed away June 18, 2021 at 12:45 AM in Cape Girardeau, Missouri. Joyce was born to Paul "Eugene" Thiele and Mildred "Gertrude" Ross Thiele on May 19, 1942. She was raised with two sisters Charolette and Evelyn and graduated from Leopold High School in 1959. She was very proud of her country roots and a self-proclaimed daddy's girl. Following high school, Joyce attended Southeast Missouri State University in Cape Girardeau, Missouri where she was in the nursing program. Joyce married Edward Thomas Stephens on August 18, 1961 and raised two sons Jeff and Kevin in Scott City, Missouri. She was involved with booster clubs for her sons' sports and band programs. She helped support her family as the front desk manager at Sunny Hill Hotel and Restaurant until its closing in the early 1980s. On September 25, 1985 Joyce and Leroy "Roy" Higgs were married in Dexter, Missouri, where they owned and operated a taxi service through the 1990s. After selling that business, the couple relocated to Lake Perry in Perryville, Missouri with their beloved Miniature Schnauzer "Mitzie". She was involved in their church, enjoyed fishing and working in her yard. Joyce worked part time at The Spillway located near the gated community and cared for her husband until his death in 2000. "Joyce Grandma" was very proud of two grandchildren, Hailey Stephens Moore (Jeff) and Cameron Stephens both of Creal Springs, Ill. She enjoyed telling funny stories about her grandkids to anyone willing to listen. Joyce will be forever remembered for her hard work, quick wit and willingness to help others. Her strength and courage were beyond words, as she spent her final 8 years battling dementia and the consequences of a medical system that is inadequate in treating that condition. She spent 12 of her last 15 months alone, due to nursing home lockdowns and the recent pandemic. Joyce is survived by two sons, Jeffery Duane Stephens of Cape Girardeau, Mo. and Kevin Ray Stephens of Creal Springs, Ill., one sister Charolette Thiele Poston (Howard) of St. Louis, Mo., two grandchildren Hailey and Cameron, and two great grandchildren. She was preceded in death by her parents, one sister and her husband. Visitation will be 2:00 pm to 3:30 pm on Tuesday, June 22, 2021 at Ford and Son's Funeral Home on Mt. Auburn St. in Cape Girardeau, Missouri. Funeral service will follow at 3:30 pm at the funeral home. Burial will be at Lightner Cemetery in Scott City. Ford and Sons Funeral Home is in charge of arrangements. Online condolences may be made at www.fordandsonsfuneralhome.com.

Joyce Mae Higgs passed away June 18, 2021 at 12:45 AM in Cape Girardeau, Missouri. Joyce was born to Paul "Eugene" Thiele and Mildred "Gertrude" Ross Thiele on May 19, 1942. She was raised with two sisters Charolette and Evelyn and graduated... View Obituary & Service Information

The family of Joyce M. Higgs created this Life Tributes page to make it easy to share your memories.

Send flowers to the Higgs family.