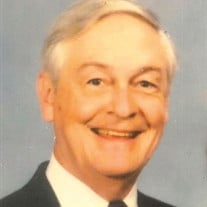 James Fitzgerald Hirsch passed away peacefully Monday, April 26, 2021, at Community Hospice, Baptist South Medical Center in Jacksonville, Florida, at the age of 91, with his family by his side. Born on Valentine's Day 1930, he was the son... View Obituary & Service Information

The family of James Fitzgerald Hirsch created this Life Tributes page to make it easy to share your memories.

Send flowers to the Hirsch family.