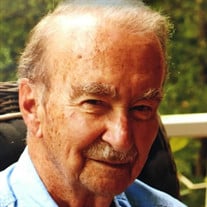 Dr. George G. Suggs, Jr., Professor Emeritus of History at Southeast Missouri State University has died at age 90. In 1964, Dr. Suggs, after receiving his doctorate in history, moved his family to Cape Girardeau accepting an Assistant Professorship in the History Department at Southeast Missouri State University. What had been anticipated as a first stop in his career as a college professor and historian turned into a lifetime home. Teaching, researching and publishing, he rose to the rank of Professor and retired from the University in 1995. After his retirement, he continued to be a prolific writer. An interest in the history of organized labor led him to establish the first college course in labor history offered by any college or university in the State of Missouri. He researched and published several books and articles on the struggles of organized labor. Dr. Suggs attributed his interest in labor history to his working-class background. His love of writing led him to subjects other than labor, including Missouri water mills (in collaboration with a fellow faculty member, Jake Wells), a collection of personal anecdotes about life in his small southern hometown, a novel, and a series of interviews with Rush Hudson Limbaugh, Sr. George G. Suggs, Jr. was born on October 17, 1929 in Bladenboro, North Carolina. His father was a mill hand in the local cotton mill. From his birth, his mother insisted that her son, then know as Graham, would never work in the mill, a fact that Dr. Suggs always attributed to his pursuit of education and scholarship. After attending Wake Forest College for two years and unable to afford tuition, Dr. Suggs taught high school in North Carolina before joining the Air Force. On Easter Sunday while serving in Denver he met Helen Virginia Kindall, a grade school teacher. They were married on May 15, 1954. Dr. Suggs finished his undergraduate and master’s degrees at the University of Colorado, before returning to teach high school in North Carolina. After a year at Northwestern University on a John Hay Fellowship, he soon determined his future was in college education. He completed his Ph.D. at the University of Colorado in 1964. Later he attended Brown University on Labor Studies Fellowship. For more 56 years he was a member of Centenary Methodist Church where Dr. Suggs taught Sunday school and was for many years of member of the church board. His survivors include his wife, Virginia, four children, George Owen (Lisa) Suggs, Suzanne (Allen) Mortimer, Beth (Jerry) McKay and Lorrie (Dean) Edwards; twelve grandchildren and six great grandchildren. In lieu of flowers, memorial gifts can be made to Centenary United Methodist Church, Southeast Missouri Hospital Hospice, the Suggs Endowed Scholarship at Southeast Missouri State University Foundation or the First Baptist of Bladenboro, North Carolina. Private service and burial will be held.

The family of Dr. George G. Suggs Jr. created this Life Tributes page to make it easy to share your memories.

Send flowers to the Suggs family.