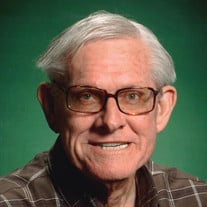 Francis Randolph Cannon, 80, of Cape Girardeau, Missouri, passed away Tuesday, May 3, 2022 at Fountainbleau Lodge. He was born April 2, 1942 at Saint Francis Hospital in Cape Girardeau, Missouri. Francis was born the second child, second son, to Charles and Alice Cannon. Francis is survived by two brothers, Robert (Karen) Cannon and Ray Cannon, both of Cape Girardeau. He was preceded in death by his parents, a sister, and January of this year by his sister-in-law, Emma Cannon, he dearly loved. In addition to a loving sister-in-law, she acted as his caretaker for many years handling his finances and other issues concerning his care. Frances worked several years in his early life with Ralph Edwards Sportswear, working there with his mother, Alice Cannon, his brother Robert Cannon, and his future sister-in-law, Emma Cannon. He went on to work for Manpower for many years until he retired. Francis was a lifetime member of Hobbs Chapel Church where his father played the piano and the organ for many years. Francis enjoyed puzzles and collecting comic books and classic early rock and roll music albums. A graveside service will be Saturday, May 7, 2022, at 10:00 a.m. at Hobbs Chapel Cemetery with Rodger Rice officiating. At his request, he does not want any flowers and any donations are to be made to Hobbs Chapel Community Church.

The family of Francis Randolph Cannon created this Life Tributes page to make it easy to share your memories.

Send flowers to the Cannon family.