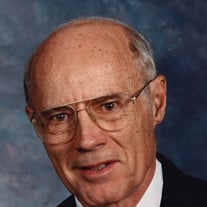 Edwin K. Burford Jr., M.D., 87, of Cape Girardeau, Missouri died Tuesday, April 13, 2021 at his home. Dr. Burford was born November 24, 1933 in Doniphan, Missouri to Edwin K. Burford Sr. and Anna Ruth Whitfield Burford. He and the former Carol Sue Richmond were married June 10, 1956 at the United Methodist Church in Advance, Missouri. He was educated in the Doniphan, Missouri Public Schools graduating high school as the co-valedictorian, attended the University of Missouri in Columbia and received his medical degree from Washington University St. Louis in 1958, where he was elected to Alpha Omega Alpha Honor Society, and received the Evarts Graham Surgical Award. He interned at Walter Reed Army Medical Center in Washington D.C. and then served in the United States Air Force Medical Corps until 1963 when he entered private practice as a family physician in Cape Girardeau. In 1977 he became Medical Director of Emergency Services at Saint Francis Medical Center in which capacity he served until his retirement in 1988. Dr. Burford was a member of the Cape Girardeau County Area Medical Society, Missouri State Medical Association, American Medical Association, American Academy of Family Physicians and American College of Emergency Physicians. He was a Diplomate of the American Board of Family Practice. He was a past speaker of the House of Delegates of the Missouri State Medical Association, and past president of the Cape Girardeau County Area Medical Society. During his term as president he was instrumental in bringing emergency medical services to Cape Girardeau. He was a past trustee and member of the executive committee of Blue Cross Blue Shield of Missouri. He was the plant physician at the Cape Girardeau Procter and Gamble plant from its beginning until his retirement. He was a member of First Presbyterian Church in Cape Girardeau, where he was an elder and sang in the chancel choir. Dr. Burford and his wife traveled extensively around the globe and were both avid skiers. He authored a small book on skiing technique. He was an instrument rated private pilot and a member of the Cape Girardeau Pilots Club. He also enjoyed piano playing and often provided special music at his church. He is survived by his wife; son, David R. (Stephanie) Burford of Silverthorne, Colorado; daughter, Grace Anne Lawson of Powhatan, Virginia; grandson, Christopher (Allison) Burford; granddaughter, Samantha Burford; and a brother, J. Whitfield (Janet) Burford of Cape Girardeau. He was preceded in death by his parents; a sister, Ruth Peyton Harris; and a grandson, Nicholas Burford. Service are pending. Memorial contributions may be given to First Presbyterian Church, PO Box 477, Cape Girardeau, MO 63702 or Leukemia and Lymphoma Society, www.lls.org. Online condolences may be made at www.fordandsonsfuneralhome.com. Ford and Sons Funeral Home - Mt. Auburn is in charge of arrangements.

The family of Edwin K. Burford Jr. created this Life Tributes page to make it easy to share your memories.

Send flowers to the Burford family.