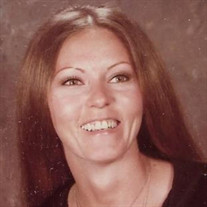 Constance Ann Wells of Fruitland, MO, 73, died Feb. 11, 2022 at Life Care Center in Cape Girardeau after recently being diagnosed with inoperable cancer. Connie was born in Cape Girardeau Feb. 14, 1948, to Stanley and Irene (Ford) Richardson. She attended public schools in Cape and graduated from Cape Central High School in 1966. Over the years, she worked for several local businesses, including Corinthian Health Spa, Francine's Flowers, and the Broadway Pharmacy. After seeing Elvis Presley on television in the 1950s, Connie became a devoted fan for life. She attended multiple concerts and possessed encyclopedic knowledge of his music catalog. She even caught a few of the scarves he tossed to adoring fans at his performances. In addition to enjoying the company of family and friends, Connie also enjoyed the dramas and silliness of her beloved cats, Elvis, Presley, and Powder. She is survived by a son, John “Tony” Wells of Bettendorf, Iowa; a daughter-in-law, Kim Wells of Bettendorf; and two grandchildren, Madison Wells of Oxford, Ohio, and Hannah Wells of Bettendorf; three brothers and a sister-in-law, Stanley (Jeanne) Richardson Jr. of St. Charles, Missouri.; Kenneth Richardson of Cape Girardeau; and Darren Richardson of Hercules, California.; a sister, Donna Niemeier of Cape Girardeau; two nephews, five nieces; and her ex-husband, Steve Wells of Jackson. Her parents, a brother-in-law, Doug Niemeier, and a close friend, Glenn Kain, preceded her in death. A memorial service will be held from 4pm-8pm Monday, March 7, 2022 at Ford and Sons Mt. Auburn Chapel. Donations in her name can be made to your local Humane Society.

The family of Constance Ann Wells created this Life Tributes page to make it easy to share your memories.

Send flowers to the Wells family.