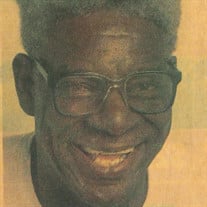 Charles Dale Ayers, 76 years young, of Jackson, Missouri passed away Sunday, September 26, 2021 at Barnes-Jewish Hospital in St. Louis. He was born April 16, 1945 in Essex, Missouri to Lee and O'Dell Ayers. Dale and Luella Ayers were married December 27, 1966 in Bell City, Missouri. Charles worked for the City of Cape Girardeau, for many years. He then worked at Lake Egypt Waste in Harrisburg, Illinois from 1985 to 1992. He then way employed as a delivery driver for Southeast Missourian until he retired. When he wasn't working his regular job during the week he would work the weekends for others such as washing cars, lawn work and other jobs that he could find to do. When his vacation was given every year he was working at the SEMO District Fair for 20 years. Charles loved to watch WCW Wrestling, gardening and listening to his music. He passed on a legacy of being a hard worker and a provider for his family. Charles was a member of Greater Dimension Church of God in Christ under the former Bishop William Bird Sr. He leaves behind his wife of 54 years, Luella Ayers of Jackson; four children, Charles Dale Ayers, Jr. of Cape Girardeau, Celestine Annette (Steve) Swan of St. Louis, Missouri, Elmer Lee Ayers of Cape Girardeau and Elizabeth Jan Ayers of Cape Girardeau; four grandchildren, Calissa, Irvin, Traven and Sarah; and a host of nieces, nephews, a sister and a brother-in-law. He was preceded in death by his parents. Visitation will be 10:00 am to 12:00 pm Saturday, October 2, 2021 at Greater Dimension Ministries in Cape Girardeau. Funeral service will follow at 12:00 pm Saturday at the church with the Rev. William Bird officiating. The family requests masks to be worn and social distancing be practiced. Burial will be at Russell Heights Cemetery in Jackson, Missouri. Online condolences may be made at www.fordandsonsfuneralhome.com. Ford and Sons Funeral Home - Mt. Auburn is in charge of arrangements.

The family of Charles Dale Ayers created this Life Tributes page to make it easy to share your memories.

Send flowers to the Ayers family.