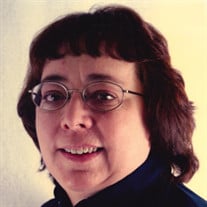 Carolyn Marie (Kuehn) Crump, age 67, of Cape Girardeau went to be with her Heavenly Father on Thursday, December 30, 2021 after a courageous, hard-fought battle with cancer. Carolyn was born on December 3, 1954 to John and Wanda Kuehn in Cape Girardeau. She married Rick Crump on May 17, 1975. Carolyn’s love of children extended beyond her two daughters, her many grandchildren, and her foster grandchildren. Carolyn loved every child as though they were her own. She delighted in teaching Sunday School, and especially Vacation Bible Schools through church. She was a member of Crossroads Church in Jackson, MO. She always had at least one (usually two) beloved puppy dogs that she greatly enjoyed playing with, caring for, and cuddling. She also took great pride in her work. She worked at Super X Drugs and Lowe’s Jewelers before helping open, working for, and retiring from her position as the Drug and General Merchandise Manager for 41 years at Schnucks in Cape. Her positivity and unwavering ability to adapt will live on in her favorite phrase: “It is what it is.” Carolyn will be unimaginably missed by her entire family including her husband, Rick, daughters Laura (Scott) Ryan of Columbia, SC and Sarah (Van) Wright of Herculaneum, MO, grandchildren Abigail Kester, Avery Garrison, Gavin Ryan, Zachary Ryan, Tucker Ryan, Taige Ryan, Lily Wright, Brianna Wright and several foster grandchildren that she treated as her own. She was the oldest of four and is survived by Kaye (Randy) Huebel of Cape Girardeau, John (Carla) Kuehn III of Perryville, MO, and Lynda (Michael) Cook of Cape Girardeau. A visitation will be held at Ford and Sons Mt. Auburn Funeral Home on Friday, January 7th from 5:00 p.m. to 8:00 p.m. and a memorial service will be held Saturday, January 8th at 9 a.m. In lieu of flowers, donations may be made to the Missouri Baptist Children’s Home in Bridgeton, MO.

Carolyn Marie (Kuehn) Crump, age 67, of Cape Girardeau went to be with her Heavenly Father on Thursday, December 30, 2021 after a courageous, hard-fought battle with cancer. Carolyn was born on December 3, 1954 to John and Wanda Kuehn in Cape... View Obituary & Service Information

The family of Carolyn Marie (Kuehn) Crump created this Life Tributes page to make it easy to share your memories.

Send flowers to the Crump family.