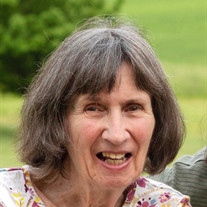 Carol Wilkinson, 76, of Cape Girardeau, Missouri died Sunday, September 26, 2021 at Chaffee Nursing Center in Chaffee, Missouri. She was born December 12, 1944 in Oregon City, Oregon to Floyd Daniel and Edna Lenore Northey Blodgett. She and Glen "Doc" Wilkinson were married August 15, 1991 in Las Vegas, Nevada. He preceded her in death on March 7, 2004. She was an avid gardener and enjoyed the outdoors. She also enjoyed sewing and hand-made crafting. She was a lifetime member of Ladies Auxiliary VFW 3838. Survivors include three sons, Charles (Beate) Holshouser of Advance, Missouri, Tim (Billie) Holshouser of Jackson, Missouri, Ronald (Ginny) Ford of Paducah, Kentucky; two daughters, Laurie Holshouser Essner of Scott City, Missouri and Susan (Cameron) Leggett of Jackson, Missouri; two brothers, Art Blodgett of Spokane, Washington and Steve Blodgett of Seattle, Washington; two sisters, Cheryl Drummond of California and Cathy Hilton of Montana; and seven grandchildren. She was preceded in death by her parents, husband and a son-in-law, Kevin Essner. Visitation will be 10:00 am to 12:00 pm on Thursday, September 30, 2021 at Ford and Sons Mt. Auburn Chapel in Cape Girardeau. Funeral service will follow at 12:00 pm Thursday at the funeral home. Entombment will be at Cape County Memorial Park Mausoleum in Cape Girardeau. In lieu of flowers, memorial contributions may be given to The Missouri Conservation Heritage Foundation. Online condolences may be made at www.fordandsonsfuneralhome.com. Ford and Sons Funeral Home - Mt. Auburn is in charge of arrangements.

The family of Carol Wilkinson created this Life Tributes page to make it easy to share your memories.

Send flowers to the Wilkinson family.