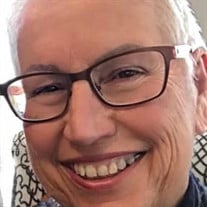 Brenda Kay (Clark) Lewis, 74, of Millersville, passed away Wednesday, January 26, 2022 at Southeast Hospital in Cape Girardeau. She was born August 6, 1947, in Fredericktown to Harley and Veda (Berry) Clark. She and Delmer Lee Lewis were married in 1986. After high school Brenda graduated from a cosmetology school and began her work as a beautician at Wanda’s Coiffures. She was also a key part of her parents’ longtime Cape Girardeau business, Clark Appliance. She and Delmer met at church, which was the center of their spiritual, social, and volunteer lives throughout their marriage. She loved to cook, fish and garden. Brenda’s adult life from the birth of her first child to the day of her death was marked by her daily devotion to being a mother, grandmother, and great-grandmother. She was kind, creative, and fully involved. Her advice was wise; Brenda was never afraid to speak difficult truth when needed; it was rooted in her deep love for Jesus Christ. She was Grandma to her grandchildren, and her great-grandchildren knew her as Maw. Like any farm wife, Brenda’s days were filled with whatever farm tasks were on that day’s agenda. She was the perfect partner for Delmer’s farm and ranch business as well as in their life together with family and church. Even with the demands of farm and family, Brenda found time to be a steady volunteer, most recently at the Amen Center, the homeless center in Delta. In the past few years, she had a strong interest in Christian missions, including mission trips to Guatemala. She is survived by her husband Delmer of their rural Millersville home, and by four children, Brian Lewis of Jackson, Anita (Preston) Bellis of Jackson, Rebecca Allen of Jackson, and Rob (CoCo) Collier of Dallas, Georgia. Eight grandchildren also survive: Zach, Gabriella (DJ) and Hannah Durham, Megan (Caleb) Garner, Graham Allen, Dominic Bellis, and Xadie and Finn Collier. Three great-grandchildren also survive. She leaves four siblings: Linda (Rodger) Deimund of Cape Girardeau, C. Wayne Clark of New Orleans, Sue Ann (Mike) Elliott of St. Augustine, Florida, and Dianna (Dan) Todt of Cape Girardeau. Brenda is preceded in death by her parents, Harley, and Veda Clark, by her daughter Lana Durham, and by her sister-in-law Renda Clark. The family especially wants to thank the Intensive Care staff at Southeast Hospital. In lieu of flowers, donations should be made in Brenda’s name to The Amen Center in Delta or to KHIS Radio in Cape Girardeau. Brenda’s Celebration of Life will be held at Ford and Sons Mt. Auburn Chapel at 4:00 p.m., Saturday, February 19th.

Brenda Kay (Clark) Lewis, 74, of Millersville, passed away Wednesday, January 26, 2022 at Southeast Hospital in Cape Girardeau. She was born August 6, 1947, in Fredericktown to Harley and Veda (Berry) Clark. She and Delmer Lee Lewis were married... View Obituary & Service Information

The family of Brenda Kay (Clark) Lewis created this Life Tributes page to make it easy to share your memories.

Send flowers to the Lewis family.