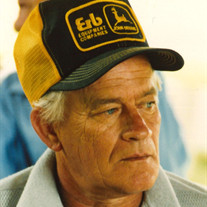 Bobby Joe Vines, 87, of Cape Girardeau, Missouri passed away on Monday, November 15, 2021 at his home surrounded by his family. He was born July 5, 1934 in Piggott, Arkansas to Austin and Dolly Kutchin Vines. He and Joyce Heise were married September 1, 1957 at Trinity Lutheran Church in Egypt Mills. He graduated from Cape Central in 1953 and joined the U.S. Army after graduation, volunteering for the paratroopers. He missed his flight going to Korea and the flight crashed with no survivors. After the Army he attended Southeast Missouri State University and went to work as a salesman for Sears, Gambles and then a route salesman for Toms Peanuts. He also had star routes with the United States Postal Service and spent 57 years as a member of Plumbers and Pipefitters Local Union 562. After his retirement from local 562 he enjoyed taking care of his cattle on the family farm. Some of his favorite times were spent drinking beer with family and friends. Every year he looked forward to shooting craps and playing cards on Super Bowl Sunday, but his favorite time of year was getting together at the deer cabin with family and friends every Friday before firearms deer season, where he would play cards and be the camp cook for the weekend. Survivors include his wife, Joyce Vines of Cape Girardeau; four children, Greg (Girada) Vines of Cape Girardeau, Chris (Pattie) Vines of Jackson, Bobbie (Terry) Childers of Cape Girardeau and Rick (Stephanie) Vines of Cape Girardeau; 11 grandchildren, Justin Vines, Casi Kilburn, Kelly Vines, Chantel Vandeven, Jaime Drum, Clayton Childers, Zach Vines, Victoria Vines-Swain, Eli Vines, Josh Schumacher, Jamie Schumacher; a brother, Jesse (Margaret) James; and 13 great-grandchildren. He was preceded in death by his parents and three brothers, Buddy James, Jim Vines and Charles James. Visitation will be 9:30 am to 11:00 am Friday, November 19, 2021 at Ford & Sons Mt. Auburn Chapel in Cape Girardeau. Funeral service will follow at 11:00 am Friday at the funeral home with the Rev. Barry Pfanstiel officiating. Burial will be at Trinity Lutheran Church Cemetery in Egypt Mills. Memorial contributions may be given to Trinity Lutheran Church Cemetery in Egypt Mills. Online condolences may be made at www.fordandsonsfuneralhome.com. Ford & Sons Funeral Home - Mt. Auburn is in charge of arrangements.

Bobby Joe Vines, 87, of Cape Girardeau, Missouri passed away on Monday, November 15, 2021 at his home surrounded by his family. He was born July 5, 1934 in Piggott, Arkansas to Austin and Dolly Kutchin Vines. He and Joyce Heise were married... View Obituary & Service Information

The family of Bob Vines created this Life Tributes page to make it easy to share your memories.

Send flowers to the Vines family.