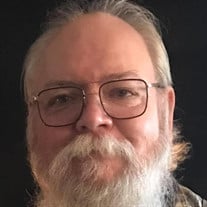 Billy Joe "Bo" Bragg, 64, of Cape Girardeau, Missouri passed away Friday, May 6, 2022, at his home. He was born May 26, 1957, in Cape Girardeau, Missouri to Ivan H. "Tom" and Nelda "Ruth" Stone Bragg. He graduated from Cape Central High School in 1975 and went on to complete a machinist program. Bo met his high school sweetheart, Carol A. Felter her freshman year of high school at Houck Field House during the Christmas Basketball Tournament. They were married July 16, 1977 and would have celebrated 45 years of marriage this summer. He loved his family deeply. He was a great husband, father, and paw-paw. He owned and operated Bragg Auto Repair for 35 years and for the last 10 years worked alongside his youngest son, Daulton. Bo had a strong passion for racing that started on the drag strip as the driver of his well known ‘55 Chevy. He then moved onto building cars for circle track racing. He was usually found at "The Shop" building motors for race cars well into the night. His Saturday nights were spent at the race track as a crew chief of a racing team with his daughter Gabriel tagging along by his side. Bo then went on to build a race car for his oldest son Deakon. He closed out his passion for racing by building both Deakon and Daulton go-carts that went on to win multiple races and awards. Bo then directed his attention towards his two granddaughters, Evelyn and Ellie. He became a proud paw-paw supporting the girls during plays, dance recitals, soccer, and volleyball games. He is survived by his wife, Carol Bragg; daughter, Gabriel D. (Ryan) Dewrock; two sons, Deakon K. Bragg and Daulton E. Bragg, all of Cape Girardeau; granddaughters, Evelyn and Ellie Dewrock; sister, Marilyn Mayfield; sister-in-law, Sharon Bragg; father and mother-in-law, Charles and Verena Felter; brothers and sisters-in-law, Sandie (Kenny) Suhre, Debby (Butch) Baker, Chuck (Pam) Felter, Laura (August) Ritter, Mary Beth Felter, andSteven (Leslie) Felter. He was loved by too many nieces and nephews and "shop" friends to name. Friends may call 3:00 pm to 7:00 pm on Wednesday, May 11, 2022 at Ford & Sons Mt. Auburn Chapel in Cape Girardeau. Memorial Service will be at 7:00 pm Wednesday at the funeral home. Memorial contributions may be given to Mac's Mission P.O. Box 444, Cape Girardeau, MO 63702 or to Southeast Missouri Pets 2536 Boutin Dr., Cape Girardeau, MO 63701.

The family of Billy Jo "Bo" Bragg created this Life Tributes page to make it easy to share your memories.

Send flowers to the Bragg family.