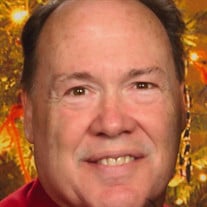 Our beloved Reverend Bill L. Burke entered into God’s Kingdom on November 18, 2021. Reverend Burke was born on March 6, 1952, to Daniel and Geraldine Burke in Beloit, Wisconsin. Bill graduated from Olivet Nazarene University with a B.S. in Religion in 1974 and proceeded to minister for 47 years. Reverend Burke was a willing, loyal servant of God. He devoted his life to sharing the love of his savior, Jesus Christ, through his passion for music and preaching. Bill always had a song of joy in his heart and on his lips. He and his wife, Jean Ann Burke, began their ministry together in the field of evangelism and continued in pastoral ministry until the present. Bill pastored at Farmington Church of the Nazarene, First Church of the Nazarene Cape Girardeau, and Southwest Church of the Nazarene in Dexter, Missouri. He was active many years in district functions and served in various positions with the Missouri District Church of the Nazarene. Bill was a devoted husband, loving father, grandfather, brother, and uncle who cherished his family. He is survived by his wife Jean Ann; son Benjamin (wife Charlene); son James; daughter Suzanne; grandchildren Victoria, Jaxson, and Opheliah Burke; brother Jim Burke; and sisters Janet Lynch and Mary Bohr. He joins his mother, father, brother, and sister in heaven. Visitation will be from 10 a.m. to noon on Tuesday November 23, 2021, at First Church of the Nazarene in Cape Girardeau. The funeral services will follow at noon. Entombment will follow at Cape County Memorial Park Mausoleum.

The family of Rev. Bill L. Burke created this Life Tributes page to make it easy to share your memories.

Send flowers to the Burke family.